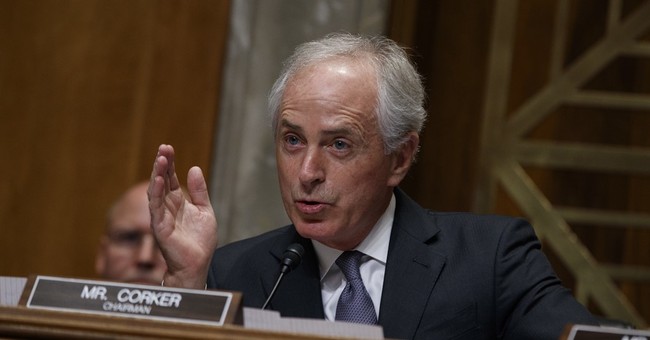 Sen. Bob Corker (R-TX) was quick to predict doom for the Trump administration after a Washington Post report that suggested the president shared classified information with Russian Foreign Minister Sergey Lavrov. The White House has to "bring itself under control" before disaster strikes, the senator warned.

“Obviously they’re in a downward spiral right now and they’ve got to figure out a way to come to grips with all that’s happening," he said.

Conservative pundit Laura Ingraham was not amused, wondering out loud on Fox News Monday night why the senator would be so quick to criticize before hearing an explanation from the White House.

Corker isn't the only Republican to share their concerns about the latest White House controversy, however. Sen. Susan Collins (R-ME) said the WaPo report is "very troubling" and she wants a briefing ASAP.

Susan Collins says the reports of Trump leaking classified info to Russians are "very troubling" if true; she wants a briefing immediately. pic.twitter.com/yHgIaSRu9z

Shortly after Corker's exasperated remarks, both Secretary of State Rex Tillerson and National Security Adviser H. R. McMaster said Trump was well within his rights to discuss the "common threats" the U.S. and Russia face. Trump himself defended his meeting with Lavrov Tuesday morning on Twitter.

As President I wanted to share with Russia (at an openly scheduled W.H. meeting) which I have the absolute right to do, facts pertaining....

...to terrorism and airline flight safety. Humanitarian reasons, plus I want Russia to greatly step up their fight against ISIS & terrorism.