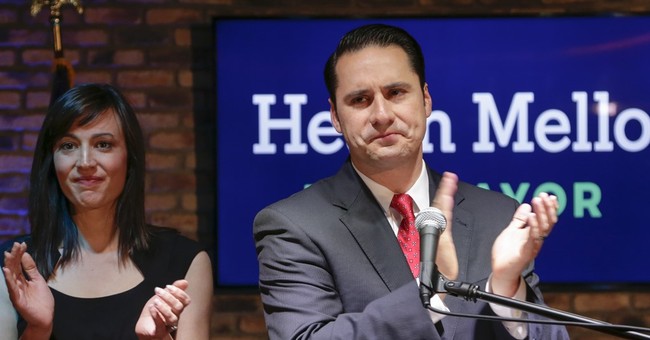 The Democratic National Committee threw a fit last month over Sen. Bernie Sanders's decision to attend a rally with a mayoral candidate in Nebraska who once voted for pro-life legislation. DNC Chair Tom Perez was quick to issue a statement to distance the committee from the Omaha candidate, Heath Mello, and insist that if you're a Democrat, you have to defend abortion rights. Damage control ensued, with some leaders like Nancy Pelosi ensuring Democrats that if they are pro-life, they should feel welcome in the party.

Mello ultimately lost his race Tuesday and Nebraska Democratic Party chairwoman Jane Kleeb - and Mello himself - are putting some of the blame squarely on the DNC.

"It's astounding that our party chairman would say pro-life Democrats are not welcome," Kleeb told the Associated Press when Mello conceded the election.

Mello acknowledged the dynamic of the race changed after the unity tour stopped in Omaha.

"We tried to run a campaign that was inclusive from the beginning regardless of political affiliation, regardless of ideology under the banner of change," Mello said.

The DNC's unity tour, as you can see, was not exactly a success.

Good for Sen. Sanders for defending his support for Mello. Of course, he doesn't even call himself a Democrat.