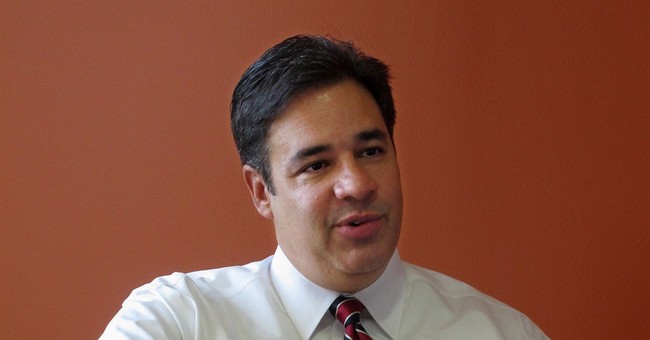 Another town hall went terribly wrong for a Republican representative over the weekend - and once again the fireworks erupted over health care.

"You are mandating people on Medicaid to accept dying," an audience member shouted.

"No one wants anyone to die," Labrador responded. "That line is so indefensible ... nobody dies because they don't have access to health care."

As you can hear, the audience booed Labrador mercilessly for those remarks. He found just as welcoming an audience on social media, where users called him a "moron" and worse. Responding to the backlash, Labrador acknowledged his comment was not very elegant and tried to clarify the message he was trying to convey.

"I was responding to a false notion that the Republican health care plan will cause people to die in the streets, which I completely reject."

"In the five-second clip that the media is focusing on, I was trying to explain that all hospitals are required by law to treat patients in need of emergency care regardless of their ability to pay and that the Republican plan does not change that."

Emotions are high after House Republicans finally passed a bill to repeal and replace Obamacare last week. It is expected to head for the Senate, but with plenty of amendments. President Obama chimed in on the process Sunday night, imploring Congress to dig deep and find the courage to save his signature legislation.