Yates Reveals How She Warned Trump White House About Flynn 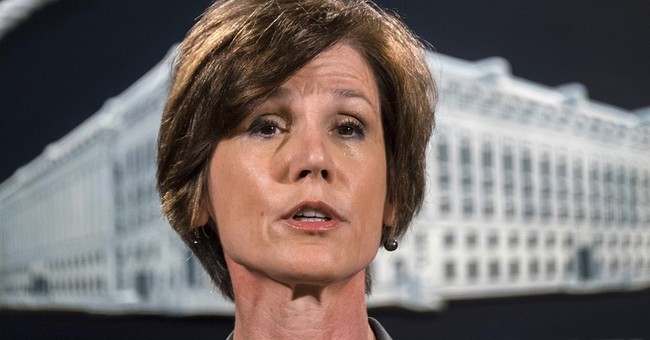 At a Senate Judiciary subcommittee Monday, former Acting Attorney General Sally Yates revealed that she informed the Trump White House that former National Security Adviser Michael Flynn misled Vice President Pence about his meetings with Russian officials as soon as she learned of his misconduct.

Yates revealed that she had two in-person meetings with the White House about Flynn before he resigned, as well as a phone call.

In those discussions, Yates said that she walked the White House counsel Donald F. McGahn II through Gen. Flynn’s “underlying conduct.” She explained to him that press accounts has reported false information about Flynn’s conduct and that he had been interviewed by FBI. McGahn asked how he had done but she declined to give an answer.

The first thing she did was to explain that Flynn’s underlying conduct was “problematic in and of itself.” Secondly, she “felt the vice president was entitled to know the information they were purveying to the American people wasn’t true.”

She emphasized that she was not accusing Vice President Pence of knowingly providing false information to Americans. He was simply repeating what Flynn had told him.

In addition to being concerned the American people had been misled, Yates noted that the Russians also knew what General Flynn had done

“This was a problem,” she said. “They likely had proof of this information. That created a compromised situation.”

For instance, Flynn was under threat of being blackmailed by the Russians.

Yates said she told the White House all of this information “so they could take action.” McGahn asked if Flynn should be fired, but she said she couldn’t answer that for him.

Sen. Lindsey Graham (R-SC) asked Yates if she believed Russia had colluded with the Trump transition team last year, but she could not answer at risk of exposing classified information.