Hillary: 'I Was on the Way to Winning' Until... 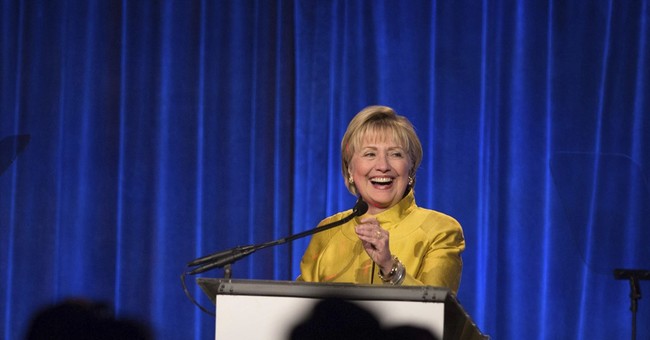 In a discussion with Christiane Amanpour at the Women for Women event in New York Tuesday, Hillary Clinton shared her two cents on the Trump administration's foreign policy thus far. The former secretary of state said she supported President Trump's missile strike on Syria, but she does not believe it made much of a long term impact.

Hillary Clinton on the Syria strike: "I don't know what kind of potentially back room deals were made with the Russians." —via @MSNBC pic.twitter.com/XYm2OyR7EA

Clinton also said the military action was sullied by the rumored "back room deals" with the Russians.

Amanpour later asked the defeated Democratic presidential candidate if she accepts responsibility for losing to Trump in November.

“I take absolute personal responsibility,” she said. “I was the candidate. I was the person who was on the ballot.”

It wasn’t a perfect campaign, Clinton added, noting the many “shortfalls” of her and her team.

Her accountability, however, only went so far, as she quickly pivoted to her favorite target: James Comey.

Hillary Clinton: "I'd have been president" if it wasn't for Wikileaks and Comey letter. pic.twitter.com/xuNcVvO1l2

“But I was on the way to winning, until a combination of Jim Comey’s letter on October 28 and Russian Wikileaks raised doubts in the minds of people who were inclined to vote for me but got scared off.”

Mrs. Clinton has also been prone to blame her defeat on misogyny. Considering these factors, Clinton made a bold prediction during her conversation with Amanpour.

"If the election had been on October 27, I would be your president."