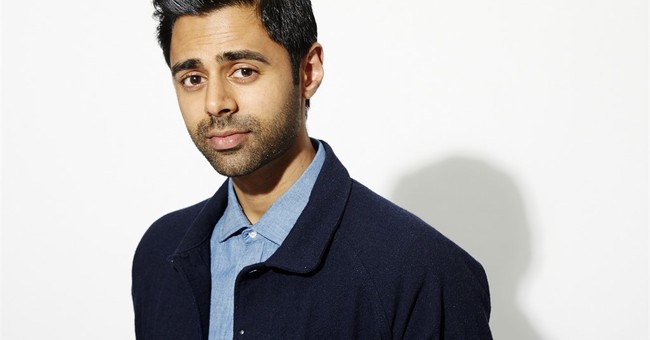 The White House Correspondents Association has chosen a host for the Trump-less 2017 correspondents' dinner at the end of this month. With President Trump skipping the dinner, "The Daily Show's" Hasan Minhaj will have the complete spotlight.

Minhaj, a Muslim comedian, has been a "Daily Show" correspondent for over two years. Performing at the correspondents' dinner is a huge opportunity, but his nerves may be calmed a bit when he considers he will not have big shoes to fill. Last year, Larry Wilmore's political-racial humor fell flat.

The White House Correspondents' Dinner almost always features a roast of the president. Yet, with Trump's absence, the association did not consider a roast appropriate.

"I was not looking for somebody who was going to roast the president in absentia. That's not fair, and that's not the message that we want to get across," Jeff Mason, the current president of the association, said on MSNBC's "Morning Joe" on Tuesday. "I was looking for somebody who is funny and who is entertaining, because I want the dinner to be entertaining, but who can also speak to the message that the whole dinner is going to speak to ... the importance of a free press."

Minhaj, however, has had plenty of practice skewering Trump. In a 2015 "Daily Show" segment, he explained why Trump was the "white ISIS," the Washington Free Beacon recalls.

"It is a tremendous honor to be a part of such a historic event even though the president has chosen not to attend this year. SAD!" Minhaj said. "Now more than ever, it is vital that we honor the First Amendment and the freedom of the press."

In a few weeks we'll know if Minhaj decided to respect the WHCA's wishes. For those who do want to see a roast of Trump at the correspondents' dinner, let me refer you to President Obama's 2011 speech.