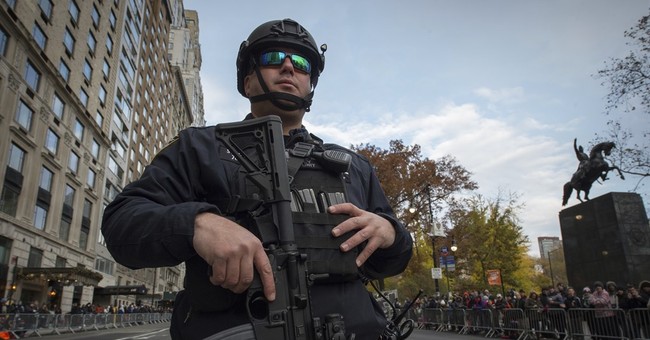 Author Heather Mac Donald was scheduled to speak about her book "The War on Cops" at Claremont McKenna College in southern California last week, but student protesters had other plans. Mac Donald didn't quite get 30 minutes into her speech before angry activists began pounding on the windows, shouting "f*** the police!" and "black lives matter!" Police had to escort Mac Donald quickly out through a side door and she was forced to give the rest of her speech via a livestream. She provided further details of the incident in an email to The College Fix.

“During my speech, the protesters banged on the glass windows and shouted," she wrote. "It was extremely noisy inside the hall. I took two questions from students who were watching on livestream, but then the cops decided that things were getting too chaotic and I should stop speaking,” Mac Donald said. “An escape plan through the kitchen into an unmarked police van was devised; I was surrounded by about four cops. Protesters were sitting on the stoop outside the door through which I exited, but we had taken them by surprise and we got through them.”

If only this had been the first incident. Mac Donald faced a similar welcome at UCLA just a day earlier.

Mac Donald tried to reason that police are to thank for helping reduce crime in many predominantly black neighborhoods and protecting many black lives matter protests so the activists can practice their right to free speech. Yet, these students were more interested in referring to her as an "anti-black fascist."

When will the bullying of conservative campus speakers end? Even President Obama, at a town hall event in 2015, told students to grow up and stop silencing those with different points of view than their own.