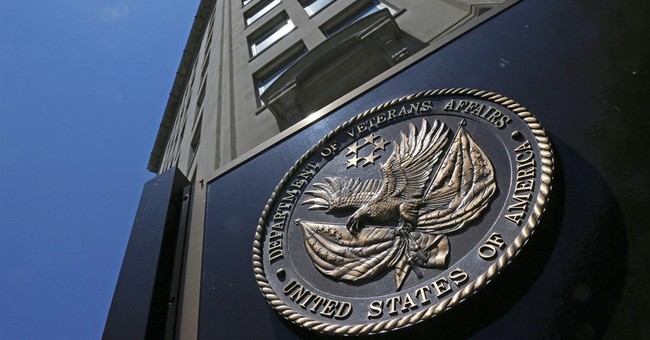 Concerned Veterans for America is encouraged that new Veterans Affairs Secretary David Shulkin has been actively pursuing passage of the VA Accountability First Act so bad employees can finally get the boot. The veterans group had some particular employees in mind.

“An employee caught watching pornography with a VA patient should be escorted out of the building immediately, never to return," CVA Policy Director Dan Caldwell wrote in a statement on Friday. "The VA is forced to retain employees like this due to incredibly cumbersome and bureaucratic regulations."

A worker at the Michael DeBakey Veterans Affairs Medical Center in Houston was caught watching pornography while with a patient. Under current law, the clinic had to wait 30 days for the employee's removal to go into effect. So, instead of making a quick exit, the employee was simply given a desk job in the interim. Just as frustrating, in the period between the request for removal and the employee's actual exit, the employee was still to be paid. If he or she was determined to pose a danger to others, the employee would have been placed on administrative leave - also with pay.

Sen. Marco Rubio's (R-FL) proposed bill, along with Rep. Phil Roe (R-TN) companion legislation in the House, can begin to address these outdated (and ridiculous) laws, shortening the termination process and cracking down on benefits bad employees do not deserve.

The 2017 VA Accountability First Act, introduced by Senator Marco Rubio (R-FL), would drastically shorten the overall termination and appeals process for VA employees who are found to have engaged in misconduct. The bill also empowers the VA Secretary to recoup bonuses awarded in error or given to employees who were later found to have engaged in misconduct. Additionally, the bill gives the VA Secretary the ability to reduce the pensions of VA employees who are convicted of felonies that influenced their job performance.

Shulkin knows the above scenario is unacceptable - and it's why he's supporting these current efforts in Congress.

“VA has been working with Congress to ensure legislation would provide VA the ability to expedite removals while still preserving an employee’s right to due process," the VA noted in a recent statement. "Without these legislative changes, VA will continue to be forced to delay immediate actions to remove employees from federal service."

Of course, he still needs to address the other rampant issues at the VA - such as the dangerously long wait times. But, Shulkin has a record that earned him the title of "turnaround artist."

One step at a time.