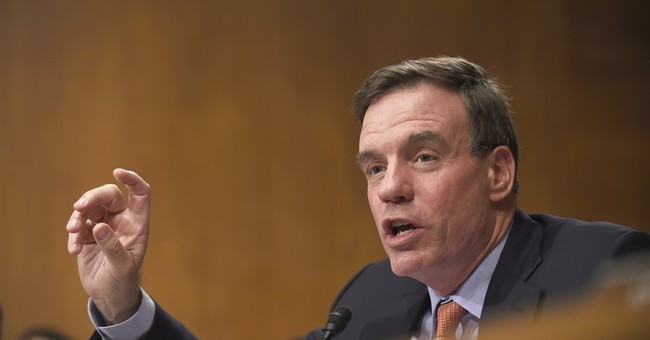 Senate Intelligence Committee Chairman Richard Burr (R-NC) and Vice Chair Mark Warner (D-VA), on the heels of their cordial press conference about their investigation into Russia's potential meddling in last year's presidential election, kept the good will going at the outset of their first hearing on Thursday.

"We are working together very cooperatively" to get to the bottom of Russia's interference, Warner said.

He and Burr "trust each other" and their fellow committee members to seek answers in the investigation, he added.

Their tone, many have noted, is in stark contrast to the ill will we've witnessed among the leaders of the House Intelligence Committee, who have been at odds over their panel's findings for days. When reports suggested that Chairman Devin Nunes was too close to the White House and could not lead a fair investigation, Ranking member Adam Schiff asked him to recuse himself.

Unlike their House counterparts, Burr and Warner are in complete agreement about their committee's findings. They said unequivocally that Russia is guilty of nefarious actions in our election process.

“We are all targets of a sophisticated and capable adversary,” Chairman Sen. Richard Burr (R-NC) said in his opening remarks at the Senate hearing.

Warner echoed his colleague, noting that Russian operatives have stolen vast amounts of information, hacking into emails from the likes of Clinton Campaign Chair John Podesta and former Secretary of State Colin Powell.

Warner and Burr may disagree a bit in terms of their opinion of President Trump. Burr supported Trump in the campaign, but Warner did not hide his criticism in the midst of the Russian controversy.

"I hope the president is as anxious as we are about getting to the bottom of this," Warner said.

He had his doubts, noting that Trump’s "wild accusations" about wiretapping and “inappropriate attacks” on intelligence profession does give him “great concern.”

Russian President Vladimir Putin vehemently denies claims his government was interfering in our elections, telling the U.S. to watch his lips on Thursday: “No!”

“All those things are fictional, illusory and provocations, lies," Putin told CNBC’s Geoff Cutmore. "All these are used for domestic American political agendas.”