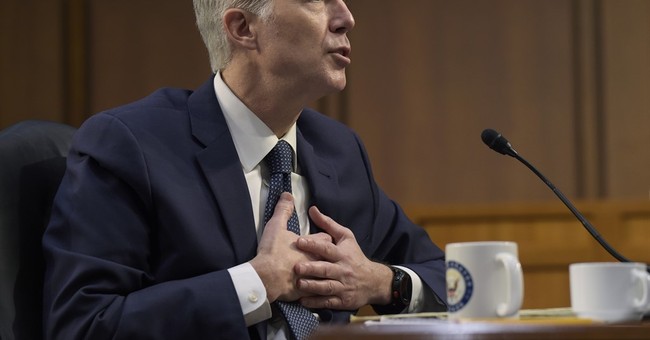 The Democrats sitting on the Senate Judiciary Committee completely lifted the veil off their bias on Thursday when they tweeted the following ahead of day four of Supreme Court nominee Neil Gorsuch’s confirmation hearings. On this final day of hearings, we’ll hear testimony from witnesses both for and against his nomination.

Social media users who noticed the tweet quickly informed the Democrats that there are no “victims” in the law.

Judges don't have "victims." This is absurdly irresponsible rhetoric. Or as @BenSasse might say, "reckless nonsense." https://t.co/0HogAXVXKj

The liberal senators have been trying all week to prove that Gorsuch will not stick up for “the little guy” in his rulings should he be confirmed. Yet, when challenged to name a case in which he has stood up for little guy, he has had plenty of source material to share.

The Senate Judiciary Democrats have also been hard at work trying to corner Gorsuch into delving into his personal opinions of controversial topics. He has kept his cool all the while and stressed his reliance on judicial independence.

Thankfully Sens. Lindsey Graham (R-SC) and Ted Cruz (R-TX) have called them out for their hypocrisy.