Graham Lambastes Dems For Turning Gorsuch Hearing Into a 'Joke' 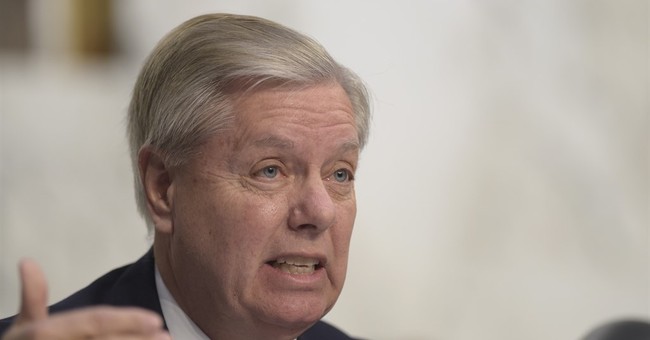 When Sen. Dianne Feinstein (D-CA) was done grilling Supreme Court nominee Neil Gorsuch about his views on torture and abortion on day three of his confirmation hearing, her Republican colleague Sen. Lindsey Graham (SC) sighed into the microphone.

If Democrats like Feinstein continue to demand Gorsuch tell them his opinions on specific court cases, “then the nomination process has become a joke,” Graham said.

“I’m not asking you to tell me whether you agree with my agenda,” like the Democrats, he told Gorsuch.

The senator was confused. How did we go from easily voting in well qualified nominees like Antonin Scalia (98 votes) and Ruth Bader Ginsburg (96 votes) to now.

“What’s happened?” Graham wondered. “Did the Constitution change? I don’t think so. I think politics has changed. I think we’re doing great damage do to the judiciary.”

The theme of the hearings, Graham said, has been, “If you don’t agree with my basic view of the world, I can’t vote with you.”

“That means, we are the judge,” he said. “Alexander Hamilton would be rolling over in his grave.”

Graham noted that on Tuesday Feinstein said she hoped to determine whether he was a "mainstream conservative."

“This man is as mainstream as you will get,” he told her.

Graham, who did not vote for Trump, nevertheless congratulated the president on “one of the most qualified” nominees ever considered for the Supreme Court.