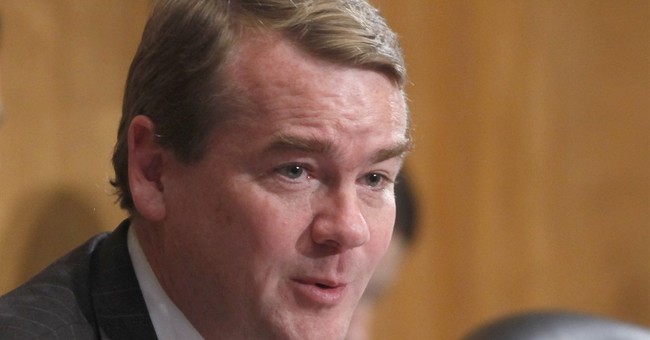 Supreme Court nominee Neil Gorsuch received heaps of praise from conservative lawmakers at his confirmation hearing on Monday for his originalist approach to the Constitution and his eerie similarities to the late Justice Antonin Scalia. Yet, he was not without his share of Democratic friends. A few of the nominee’s introducers happily testified to Gorsuch’s charming personality and judicial integrity.

Sen. Michael Bennet, a Democrat from Gorsuch’s home state of Colorado, admitted he was embarrassed by the Republicans refusing to hold a hearing for President Obama’s Supreme Court choice Merrick Garland, but he would not subject Gorsuch to the same treatment.

We need to “fulfill our responsibility to this nominee,” Bennet said.

The senator also condemned Trump’s “reckless attacks on the judiciary.” Yet, it was clear he did not hold the president’s remarks against Gorsuch.

The judge currently in the spotlight, he said, “represents the best qualities of Colorado.”

Former acting solicitor general for President Obama Neal Katyal also had nothing but glowing reviews for the judge. Although liberal in ideology, Katyal had no qualms praising Gorsuch’s judicial experience, which he has seen firsthand. He could honestly say that Gorsuch has a “first rate intellect” and is “a fair and decent man.”

“The judge’s work reflects his dedication to the rule of law,” Katyal added.

Gorsuch has displayed a resolute understanding of the judiciary’s independence, Katyal said. His decisions are “meticulously crafted and grounded in the law.”

Katyal is so confident in Gorsuch that he made up a new word for him: “Humability.” A clever combination of the words humility and ability.

Partisan Democrats on the Senate Judiciary Committee tried to smear Gorsuch for supposedly siding with corporate interests. But, their critiques fell flat as their colleagues could not deny the nominee’s stellar resume and demeanor.