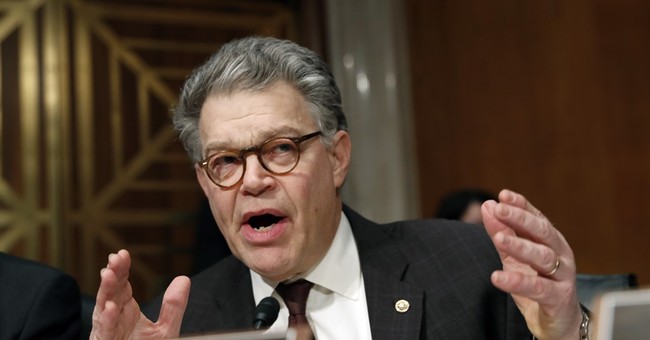 Sen. Al Franken (D-MN) has had positive things to say about the late Supreme Court Justice Antonin Scalia, once noting that he was a “witty, funny guy.” Yet, Franken was not laughing at the confirmation hearing for Supreme Court nominee Neil Gorsuch on Monday. In his opening statement, Franken suggested it may not exactly be a good thing that Gorsuch has so often been compared to the justice he is set to replace.

Scalia embraced a "rigid" view of the Constitution, Franken said – one that is “blind” to the rights of certain communities.

"Justice Scalia embraced a rigid view of our Constitution, a view blind to the equal dignity of LGBT people, and hostile to women’s reproductive rights, and a view that often refused to acknowledge the lingering animus in laws and policies that perpetuate the racial divide," he said.

The document Scalia revered “looks very different from the one” the senator has sworn to support, Franken added.

Sen. Dianne Feinstein (D-CA) is of the same mind, also suggesting at Monday’s hearing that the Constitution is a living document. She finds Gorsuch’s originalism “troubling.”

Our confidence in the judiciary depends entirely on judges like Judge Gorsuch, who are independent and focused on getting the law right.