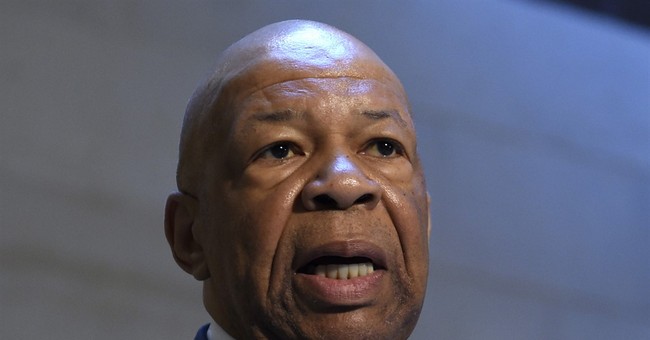 A few days ago, Rep. Elijah Cummings (D-MD) had positive reviews for his meeting with President Trump, noting that the two found common ground, especially when it comes to combatting high drug prices. On Sunday, the representative proved those fuzzy feelings had already fizzled out, accusing Trump of nefariousness in his decision to fire Obama appointed U.S. attorneys.

Attorney General Jeff Sessions announced on Friday that he would be asking for the resignations of the 46 U.S. attorneys who had been hired by President Obama. The White House noted that it's a very routine action for new administrations to take. The president simply prefers to have brand new, handpicked team members.

Cummings suggested that Trump had a more sinister reason, especially in the case of New York U.S. Attorney Preet Bharara. Bharara refused to accept the president's request to resign, arguing that Trump recently suggested he'd be able to keep his job. His fight did not last long; he was dismissed from his post on Saturday. Cummings is under the impression he was forcibly removed because he was asked to investigate whether Trump's businesses were violating the Emoluments Clause and benefitting financially from foreign governments.

“When they asked about emoluments clause and possible violations of it and the U.S. attorney’s relationship to that, I think perhaps that had perhaps something to do with it,” Cummings said.

Other Trump critics like Sen. Elizabeth Warren (D-MA) are under the same impression.

You can't fire the rule of law, @realDonaldTrump. You can't shut down ongoing investigations by career prosecutors.

Is there more to the story here? Or is the Trump administration just following routine procedure?

CNN Technical Director: 'We Got Trump Out'...And That's Why I Joined the Network
Matt Vespa
Armed Citizens Protected Their Property in Minneapolis During Second Night of Rioting
Katie Pavlich
Tucker Carlson Reveals the 'Key to the Democratic Party's Political Ambition'

Leah Barkoukis
One Pollster Has Been Dissecting COVID Panic Narratives. Here's His Take on the J&J Vaccine.
Matt Vespa
Gavin Newsom Taken to the Legal Woodshed at SCOTUS. Again.
Spencer Brown
This is How the Biden White House is Trying to Convince White Conservatives to Get Vaccinated
Katie Pavlich
CARTOONS | AF Branco
View Cartoon
Most Popular