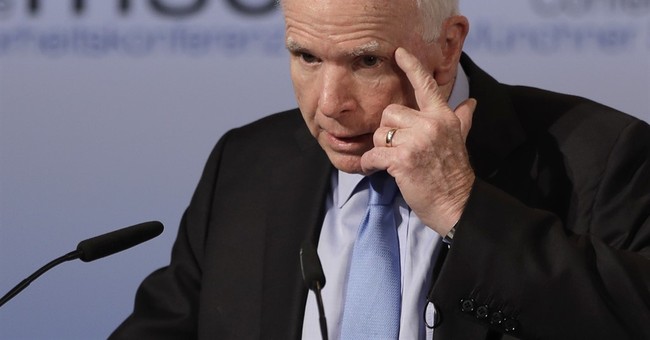 "I have no reason to believe that the charge is true, but I also believe that the President of the United States could clear this up in a minute," McCain told anchor Jake Tapper. "All he has to do is pick up the phone, call the director of the CIA, director of national intelligence and say, 'OK, what happened?'" The Arizona senator urged the president to pick up the phone and call the CIA to clear this up immediately.

McCain is joined by other Republicans, like Rep. Trey Gowdy (R-SC), expressing regret that the president tweeted such serious allegations sans evidence last weekend. Gowdy needs evidence to make an informed conclusion, but did note that if Obama did order surveillance of Trump and his allies via The Foreign Intelligence Surveillance Act of 1978, Congress can follow the "paper trail."

On CNN Monday morning, White House counselor Kellyanne Conway admitted the administration as of yet has no proof and is deferring to the congressional investigation.