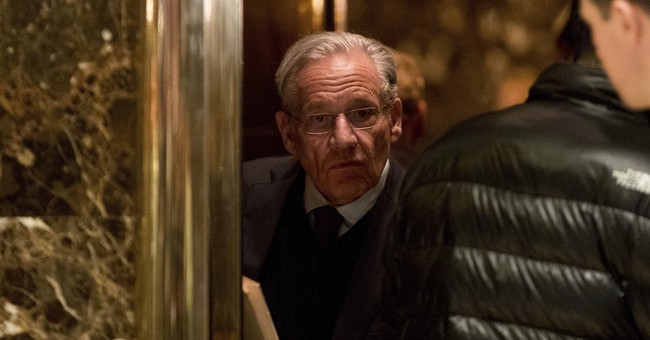 Bill O’Reilly and Washington Post Associate Editor Bob Woodward engaged in an intriguing debate Wednesday night on "The O’Reilly Factor." The topic centered on ethics and whether the press should be reporting on classified intelligence.

O’Reilly was unrelenting in noting that WikiLeaks' recent hack into the CIA is treason. So, too, he said, are the leaks of President Trump’s phone calls with foreign leaders and former National Security Adviser Michael Flynn’s conversations with Russia, which eventually led to his resignation.

The Washington Post was one publication to report on Flynn's call with Russian ambassador Sergey I. Kislyak – a decision which Woodward defended.

“It’s impossible" to report on national security matters and specific agencies like the Pentagon without dealing with classified information, Woodward argued.

O’Reilly disagreed and suggested the WaPo was being “used” in the taped conversation between Russia and Flynn, considering his “career went down the drain.”

“That’s B.S.,” Woodward responded. “First of all, who fired Flynn? Not The Washington Post.”

The WaPo editor doubled down and explained the paper's “careful” process in dealing with classified information.

“All the stuff we’ve used has been verified and presented in a careful way that it doesn’t harm national security,” he said.

O’Reilly wanted to know, however, if Woodward believed these leaks amounted to “legitimate reportage,” considering he could not verify who taped the Flynn-Russia call.

“We don’t passively sit around and wait for leaks,” Woodward shot back.

Do you think the WaPo was justified?