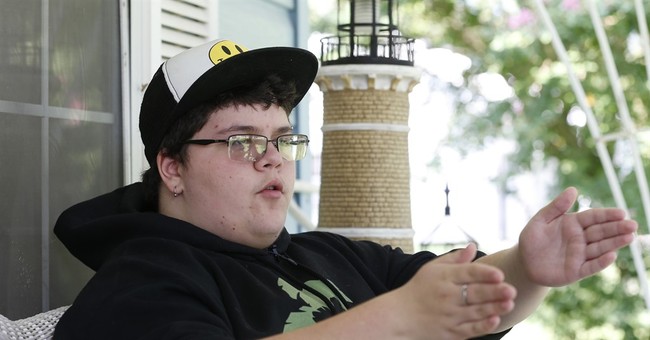 The Supreme Court has decided not to rule on a controversial case involving a transgender boy in Virginia and which bathroom he should be permitted to use, sending it back to The Fourth Circuit Court of Appeals. The lower court allowed Gavin Grimm to use the restroom that corresponded to his gender identity. Yet, in light of the Trump administration's recent rollback of the Obama-era bathroom mandate, the Supreme Court has asked them to take another look at the law and reconsider its initial conclusion.

The Trump White House's decision to reverse Obama's bathroom mandate means that citizens must use the bathroom that reflects their birth certificates.

The Family Research Council, a group which works on behalf of conservative causes, praised the Supreme Court's decision as a win for parents.

"The Supreme Court has provided good news to parents and students concerned about privacy and safety in school showers, locker rooms and bathrooms," FRC President Tony Perkins said in a statement.

"In light of the Obama edict being withdrawn and this case now remanded, we are cautiously optimistic that the Fourth Circuit Court of appeals will reverse itself. As the Fourth Circuit stated in its earlier opinion, it would 'leave policy formulation to the political branches,' for 'the weighing of privacy interests or safety concerns' was not to be left 'to the courts."

Even Tony Blinken Knows Court Packing Is 'Anti-Democratic'
Spencer Brown
Want to Guess the Detail the Media Will Probably Leave Out of Horrific Philly Train Rape Story
Matt Vespa
Gaetz on Death Threat Against Him: If They're Successful, I Want It Known 'Who Stopped Their Arrest'
Leah Barkoukis
Sinema's Latest Red Line on Spending Plan Leaves Dems Scrambling to Figure Out How to Pay For It
Leah Barkoukis