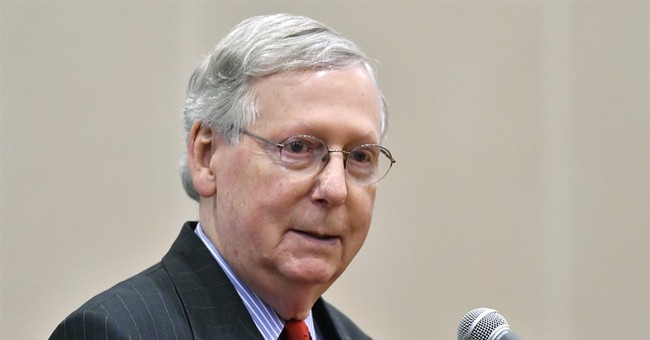 President Trump's new budget, as we know, includes a $54 billion increase in defense spending. On Tuesday we learned it also calls for a 37 percent slash to the State Department, according to CNBC.

JUST IN: Trump's budget is said to propose a 37% cut to the State Dept.; USAID and Obama initiatives eyed for the cuts - DJ, AP

If that's the case, Senate Majority Leader Mitch McConnell says that is not going to get far in Congress.

Because of the State Department cuts, the budget is "probably not" going to pass, McConnell told reporters on Tuesday, hours before President Trump is set to address a joint session of Congress.

Other Republicans, like Sen. Lindsey Graham (R-SC), put it more bluntly. The budget is "dead on arrival," he said. "It would be a disaster."

Between Republicans pushing back at his budget proposal and Democrats refusing to shake his hand, President Trump will be facing a tough crowd tonight.