Top Dems Reject Notion that Sen. Warren Is Their Leader 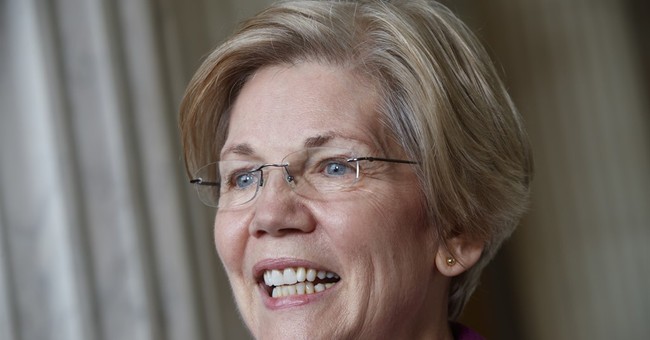 Republicans have been quick to try and appoint Sen. Elizabeth Warren (D-MD) as the leader of the Democratic Party. In a press release for the National Republican Senatorial Committee, Chairman Cory Gardner (R-CO) said Warren is "the face of the party."

Warren's eccentric behavior and tendency to stretch the truth make her an ideal face for the opposition. Most recently, the senator made a scene on Capitol Hill by breaking Senate rules to try and obstruct Jeff Sessions' nomination for attorney general.

Even Democrats know she's a bit uncanny and are rejecting the idea that she is the leader of their party.

But Sen. Heidi Heitkamp (D-N.D.) said that the notion that Warren is the face of the Democratic Party is "ridiculous, especially when you look at voting records and where we've been."

"They need a boogeyman, and they’re trying to turn Elizabeth into a boogeyman," she said. "And I think maybe what they should worry about more is actually doing America’s work.”

Senate Minority Leader Chuck Schumer (NY) agreed and told Politico that the GOP's attempt to boost Warren's presence in the party is "not going to work."

In addition to getting little love from her colleagues, Warren faces an uphill battle for re-election.

Can the Massachusetts senator take a hint?