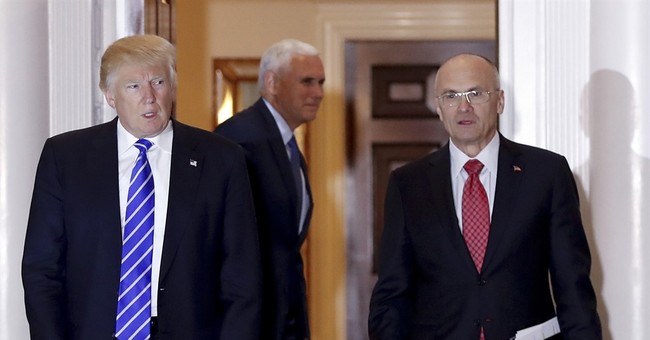 On Tuesday, the media dug up an old Oprah interview in which Labor Secretary nominee Andy Puzder’s ex-wife accused him of spousal abuse. Seeing the video resurface and be used as leverage against Puzder’s nomination, Lisa Fierstein is now defending her ex-husband.

In an urgent letter to Sens. Lamar Alexander (R-TN) and Patty Murray (D-WA), Fierstein defended Puzder’s integrity and repudiated the charges against him.

“First, let me be clear,” she writes. “Andy is not and was not abusive or violent. He is a good, loving, kind man and a deeply committed and loving father. He is, as my own father noted years ago, the ‘salt of the earth.’”

The pain she experienced during their marriage, Fierstein explained, was strictly emotional. Yet, she felt pressured to accept a guest appearance on the Oprah Winfrey Show to speak out against adult abuse. She soon came to regret that appearance.

Eventually, she and Puzder managed to put their past behind them and become friends. They have nothing but “love and respect” between them, she said.

Fierstein added that she regrets that the private matter has become so publicized to tarnish Puzder's reputation in the name of politics.

Puzder’s nomination has been the most contentious since Education Secretary Betsy DeVos', who needed the deciding vote of Vice President Mike Pence to assume the role. Other opposition to Puzder include his once hiring an illegal immigrant (unknowingly) and his failing to provide standard disclosures and questionnaires to the Senate committee that will consider his nomination.