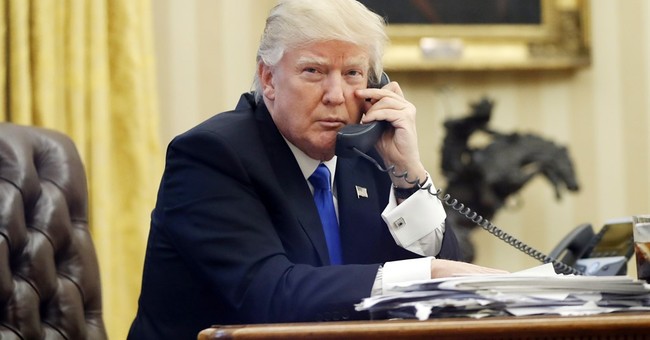 President Trump's phone call with Australian Prime Minister Malcolm Turnbull over the weekend did not go well. In fact, it was the "worst" conversation he's had with a foreign leader since assuming the presidency, according to The Washington Post.

At issue was a controversial agreement that President Obama made with Turnbull last year. As the story goes, Obama agreed to resettle 1,254 people being held on Nauru and Manus Island, in Papua New Guinea. When Trump got wind of it, he took to Twitter to slam the "dumb deal."

Do you believe it? The Obama Administration agreed to take thousands of illegal immigrants from Australia. Why? I will study this dumb deal!

Trump and Turnbull were scheduled to speak for an hour, but the conversation ended after only 25 minutes. The rumors that Trump had hung up, however, were untrue. Asked about the call, the Australian prime minister said their discussion had been "frank and forthright."

Trump addressed the news at the National Prayer Breakfast on Thursday, assuring the audience, "about the tough phone calls I've been having, don't worry about it."