Trump Wants to Add a Couple Letters to NAFTA 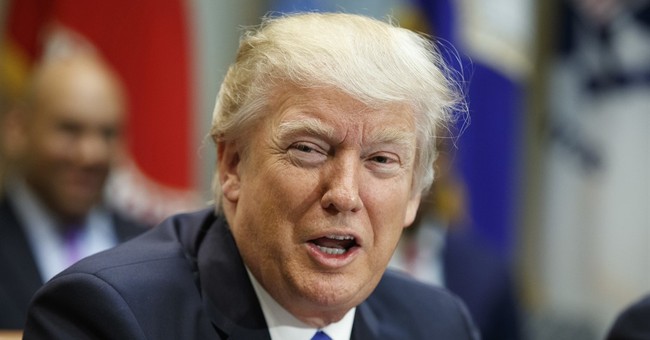 President Trump has had a packed schedule for days since his inauguration. Yet, in his second week in the White House, between speeches, cabinet nominations, and spontaneous trips, Trump somehow had time to meet with lawmakers on Capitol Hill on Thursday. He addressed, among other issues, trade.

The president reiterated his desire to change the North American Free Trade Agreement, which he says is a "disaster" in its current form and "very unfair" to the American worker. He had hoped that his commerce secretary nominee Wilbur Ross would be able to represent the U.S. in talks with our NAFTA partners, but expressed frustration that Congress has failed to hold a vote on his confirmation. Nevertheless, Trump seemed confident that Ross will be at the negotiations.

The administration fully intends to move forward on making changes to NAFTA, even the name itself.

President Trump: I'd like to speed up NAFTA talks https://t.co/h8KgMElNBb

If Ross is not confirmed before the talks commence, well, Trump has already indicated that he's willing to have trade discussions by himself.