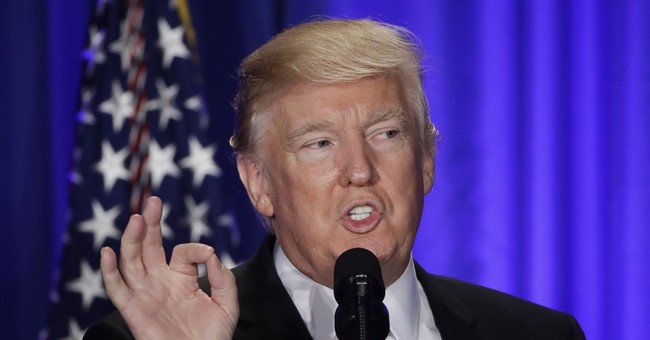 UPDATE: President Trump has released a statement after the backlash for his executive order on immigration.

We were all waiting for President Trump to chime in on Americans' uproar over his executive order on the refugee vetting process. On Friday, he enforced a temporary ban on travelers from seven nations in the Middle East and Africa, as well as an indefinite ban on refugees from Syria.

As expected, Trump has offered his explanation via Twitter. One need only look at the terror attacks in Europe to realize we need stronger border security, he argued.

Our country needs strong borders and extreme vetting, NOW. Look what is happening all over Europe and, indeed, the world - a horrible mess!

Christians in the Middle-East have been executed in large numbers. We cannot allow this horror to continue!

The president preceded these tweets by condemning The New York Times for spreading more "fake news" in its coverage of the executive order.

White House Counsel Kellyanne Conway also defended Trump's executive action on immigration as a necessary precaution to protect the country. She said it was a "small price to pay" for those few inconvenienced travelers. Conway also reminded the media that the the list of nations on the banned travel order came from the Obama administration.