Immigration Lawyer: 'We Beat the Villain' 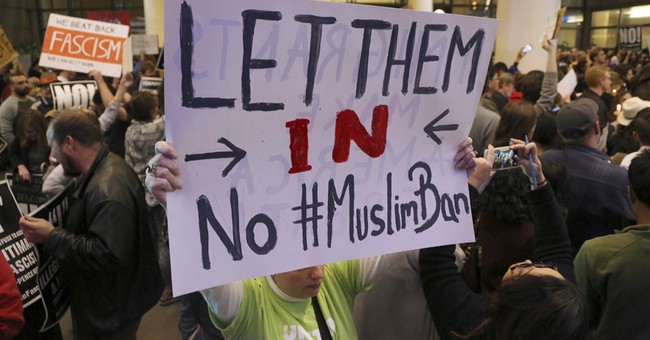 When the American Civil Liberties Union won a legal challenge to President Trump's executive order on refugees on Saturday, immigration lawyers around the country celebrated along with them. Some attorneys showed up at airports where detainees were being held to join the protests and offer their guidance. Mana Yegani, a Texas-based immigration lawyer, was happy to share that her client at Houston IAH was free to go and that the "villain" had been defeated.

GREAT news, after 2.5 hrs, my client made it out of customs. A green card holder with Iranian passport. Admitted! We beat the villain. pic.twitter.com/PF9wGqM9eX

Yegani's victory lap was run by thousands more protesters at airports around the country and on social media, who condemned the president's executive order as a "Muslim ban" because the countries listed on the order were Muslim-majority.

Yet, his defenders insist his action was made out of sheer necessity. Rep. Jeff Duncan (R-SC) noted that America is a compassionate nation, but its first priority is to safeguard its own citizens.

I'm grateful that @realDonaldTrump is making the safety & security of the American people his top priority. His actions are very appropriate

Syrian refugees can not be properly vetted. We should be compassionate, but our first duty is to keep Americans safe.

Despite the national uproar and legal pushback, the Department of Homeland Security said it fully plans to implement Trump's travel ban.