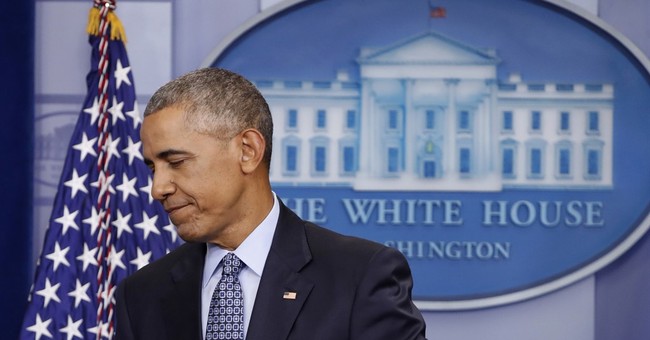 Barack Obama is departing the Oval Office for the final time and reporters on the scene captured his last act as president. As is customary, he left a letter to his successor on the desk.

LIVE NOW: Pres. Obama's final act as President, leaving a letter in the Oval Office for the next President of the United States. pic.twitter.com/kv3vxHsvtw

If the 44th president is following the lead of President George H.W. Bush, who left a very gracious message to Bill Clinton in 1993, Obama's letter will be full of good advice and well wishes.