Pompeo Says Even If Trump Asked, He Would Not Restart Enhanced Interrogation 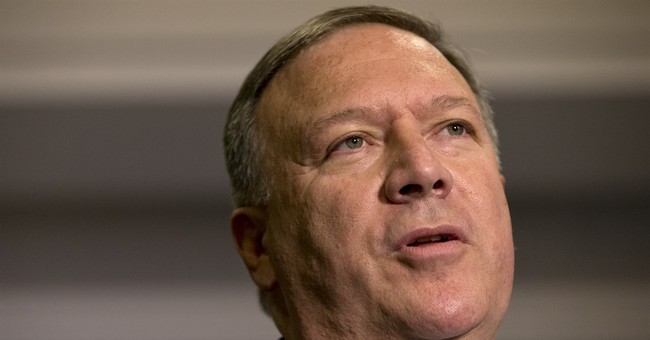 On the campaign trail last year, then-presidential candidate Donald Trump said he would bring back "a hell of a lot worse than waterboarding" in terms of interrogating criminals. His remarks worried many members of Congress, including Sen. Dianne Feinstein (D-CA). At a confirmation hearing on Thursday, Feinstein asked Rep. Mike Pompeo (R-KS), Trump's nominee for CIA director, if he would comply with Trump's wishes.

Sen. Feinstein: If you were ordered by the President to restart enhanced interrogation, would you?
Pompeo: Absolutely not.

"I can't imagine that I would be asked that by the president-elect or the then president," Pompeo added.

When another senator pointed out Pompeo once made remarks to suggest he supported enhanced interrogation, Pompeo again told the panel they have his "full commitment" that those techniques will not be reintroduced.

The representative also distanced himself from the president-elect in terms of weakening encryption.

"I take a backseat to no one with respect to protecting privacy," Pompeo noted.