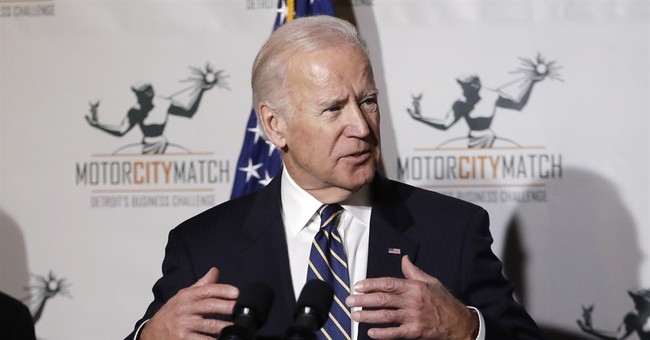 President Obama had a surprise for his vice president on Thursday. He paid tribute to his "brother" Joe Biden as the two prepare to exit the White House in a little more than a week. He joked with Biden about his now infamous "aviator" sunglasses and "bromance" the internet can't get enough of. More seriously, he recognized Biden's efforts in combating sexual assault.

At no point in his presidency, Obama said, did he regret his decision to pick Biden as his running mate. He thanked the Bidens for their work and for their friendship, while paying tribute to their children, including the late Beau Biden.

The president likes to consider his family "honorary Bidens," he noted.

But, Obama had more than a speech prepared for his friend. At the end of his remarks, the president shocked Biden when he announced he would be awarding him with the presidential medal of freedom. Biden had been choking back tears throughout Obama's remarks, but upon hearing he'd be receiving the medal, he turned around and sobbed into a handkerchief.

"I get a lot of credit I don't deserve, because I've always had someone to lean on," Biden said after the medal was draped around his neck.

Two of those people, Biden said, were Beau, and his wife Jill.