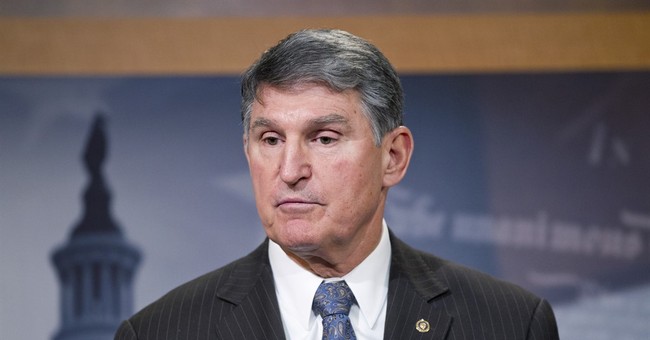 You may have heard that some Democrats in Congress are willing to go along with President Donald Trump's plan to replace Obamacare if he truly has a viable alternative in mind. Sen. Joe Manchin (D-WV), for instance, voiced the sentiments of some of his colleagues when he said he's not going to vote for a repeal, but he's "going to try to help and be productive" if a replacement is on the table.

Well, if he and other Democrats do so, they must face consequences, at least according to NARAL Pro-Choice America. The pro-abortion group is threatening to withhold support from Democrats in the 2018 elections if they prove to be complicit in Trump's plan to usher in an Obamacare substitution.

Yikes. NARAL threatens to pull support from Dems in 2018 and beyond if they go along with GOP plan to repeal Obamacare pic.twitter.com/bT9wT4ITDm

As Guy wrote, Democrats considering replacing Obamacare are in good company, as 68 percent of Americans expect Trump to follow through and repeal the law. Who can blame them? The health care law's subsidies are expected to cost us billions next year.
Trump Has An Idea on Who Should Run for Governor of Wisconsin
Rebecca Downs
Democrats Have Some Really Bad News for Fierce Trump Critic Adam Kinzinger
Rebecca Downs
President Joe Biden May Not Be Able to Escape This Major Crisis Before the Midterms