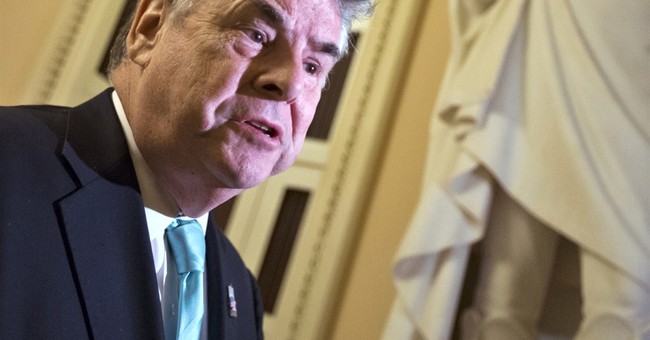 Intelligence agencies have refused to provide the House Intelligence Committee with information into its investigation of Russian hacking claims, Fox News is reporting. The session had been scheduled for Thursday. Chairman Kevin Nunes (R-CA), as you can imagine, is incensed.

"It is unacceptable that the Intelligence Community directors would not fulfill the House Intelligence Committee’s request to be briefed tomorrow on the cyber-attacks that occurred during the presidential campaign," Nunes said in a statement. "The Committee is deeply concerned that intransigence in sharing intelligence with Congress can enable the manipulation of intelligence for political purposes."

"This could be a whole house of cards," King said. He surmised that the agencies are shutting out Congress in its attempt to "discredit" president-elect Donald Trump.

If the CIA did find something earth shattering that could have affected the election outcome, didn't they have "obligation" to come before Congress and tell us if they found anything? King demanded.

Former Trump campaign manager Kellyanne Conway also spoke with Megyn Kelly, telling her that "we should all be very concerned" that the agencies are going to be a no show on Capitol Hill.

In five days, the 2016 election will be finalized when all the electoral college votes come in.