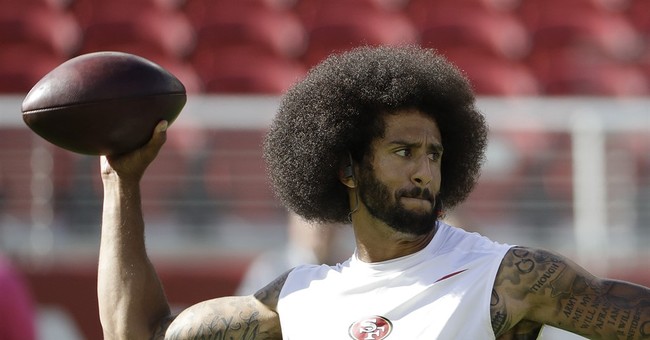 Emotions are still high over NFL football player Colin Kaepernick’s controversial (and disrespectful) decision to take a knee during the national anthem. He has been criticized by other professional athletes, soldiers, and even a Supreme Court justice.

U.S. Pacific Command Commander Adm. Harry Harris has added his voice to the criticism. At an event recognizing the 75th anniversary of the Pearl Harbor attack, Harris said the victims would never dare to disrespect the flag.

“You can bet that the men and women that we honor today and those who died that fateful morning 75 years ago never took a knee and never failed to stand whenever they heard our national anthem being played,” Harris said.

Other football players have joined Kaepernick’s protest, but thankfully most have chosen to remain standing. His "message" also continues to be drowned out by boos.

Kaepernick was also criticized recently for defending Fidel Castro. He was promptly tackled by a Cuban-American.