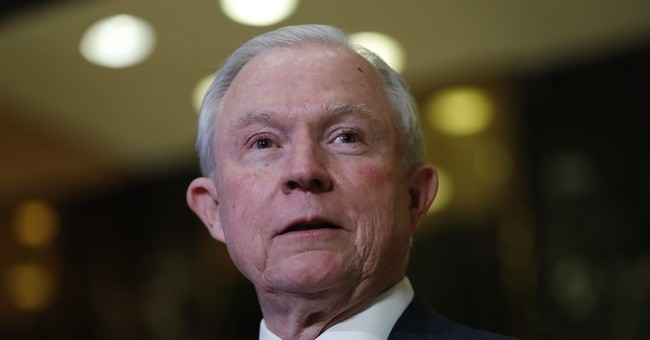 A writer for the left-wing website Salon has come to the surprising defense of President-elect Donald Trump’s new attorney general, Jeff Sessions. The Alabama senator was awarded the position after spending a decade as U.S. Attorney for the Southern District of Alabama, serving on the Senate Judiciary Committee and being a loyal Trump supporter throughout the 2016 campaign. Yet, just as soon as Sessions’ name was mentioned, liberal politicians and pundits tried to paint him as just another prejudiced southerner. They have latched onto reports that Sessions used offensive language against African-Americans (one particular report claims he called a black prosecutor a “boy”) and that he has a history of suppressing minority voter turnout.

The Intercept’s Alice Speri straight up called him a “career racist.”

Enter Salon’s Carrie Sheffield. In an op-ed defending Sessions’ integrity, Sheffield tells liberals to give him some credit, particularly for the heroics he performed in Alabama’s Lowndes County, which is 75 percent black. She gives a detailed account of how Sessions worked to solve waste management issues by asking the EPA for immediate funds.

Sessions intervened to move a congressional appropriation from the Environmental Protection Agency to provide funds for septic tank installments in Lowndes County, joining with CNE to meet with Household International (now HSBC-North America) and Citigroup, which found private-sector consultants who worked to tackle the immediate problem of waste management and launch a five-year initiative to promote economic development, provide financial literacy training, and create housing opportunities.

African-American community leaders like Bob Woodson have noticed Sessions’ efforts. He commended the senator for standing up “to revitalize the desolate community.”

Sheffield concludes by noting she has certainly given “self-righteous” liberals something to think about.