There's Still a Battle Going On in the NC Governor's Race 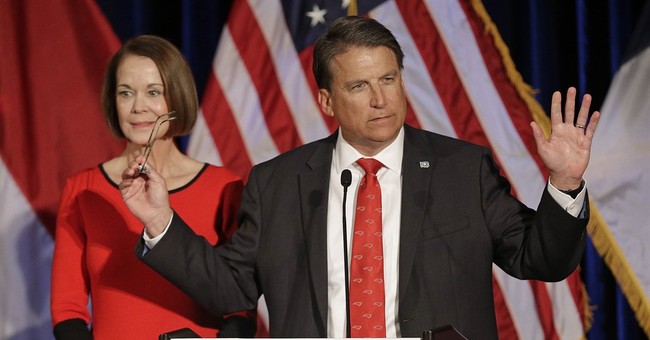 UPDATE: Gov. McCrory's team is pleased that the Durham Board of Elections has addressed their complaint and is doing their part to ensure an accurate vote count.

"We are pleased the Durham County Board of Elections decided to move forward with proceedings and hopefully will begin to get answers to the many questions people have, McCrory Campaign Spokesman Ricky Diaz said in a statement. "Last night, the State Board of Elections released an affidavit from one of their staff that identified at least 6 errors in Durham’s reported numbers, and these public officials must make sure that all of their reported numbers are 100% accurate. We believe it is in everyone's best interest to get to the bottom of what happened so that people can have faith in the results, process and system."

Ballots are still being counted in the North Carolina gubernatorial race. Gov. Pat McCrory (R) is not conceding in the razor-thin race to his Democratic challenger Roy Cooper, who is currently ahead by only 5,000 votes. The Democrat is confident, however, that after all the remaining ballot votes are tallied on Friday, he will be giving his victory speech.

Two particular counties have been scenes of contention. In Durham County, McCrory's campaign filed a complaint after electronic glitches resulted in election officials having to report early ballot votes late. The county, his team said, was guilty of "malfeasance."

A separate issue is brewing in Bladen County. McCrory's team is suspicious of the Bladen County Board of Elections of counting fraudulent absentee ballots cast for Cooper and other Democrats. They are challenging the board to take action.

“With hundreds of fraudulent votes found in just one North Carolina county for a straight Democratic ticket, close examination of this election is required to make sure the true winner of the election is properly determined,” Jason Torchinsky, legal counsel for the Pat McCrory Committee Legal Defense Fund, said in a statement. “The staggering evidence of voter fraud in Bladen County and the number of similar PACs that the North Carolina Democratic Party donated to shortly before the start of early vote requires close examination throughout the state.”

Liberal media outlets surmise that McCrory's difficult challenge is thanks to the controversial bathroom bill enacted in March, which mandates that citizens use public restrooms that correspond to the gender on their birth certificates. LGBT groups decried the legislation as discriminatory to transgender people, while other critics said the bill hurt the state financially by losing them lucrative business deals. North Carolina budget director Andrew Heath provided numbers that prove otherwise.

Rest assured we'll be keeping an eye on the Tar Heel race.