Why Veterans Are Campaigning Against the Veterans First Act 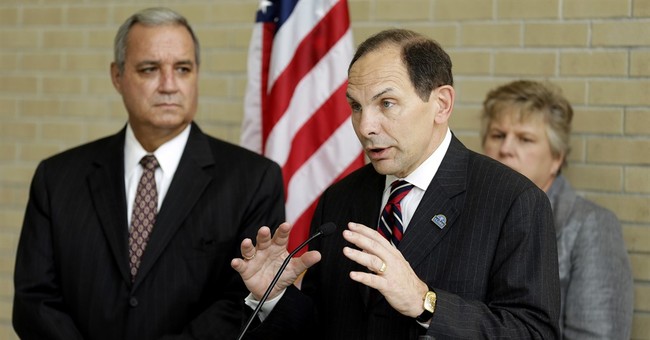 Veterans come last in the Veterans First Act, the group Concerned Veterans for America claimed in a press release Monday morning. Sens. Johnny Isakson (R-GA) and Richard Blumenthal (D-CT) introduced the legislation in May. The 400-page bill was intended to improve “the accountability of employees” at the VA and “improve health care and benefits for veterans.”

The CVA found flaws almost immediately. The act would not make it any easier to fire inept Veterans Affairs employees and would only expand the agency’s bureaucracy, they argue.

CVA President Dan Caldwell said the bill was too “watered-down” to make any kind of significant fix to the VA.

“The Veterans First Act puts Washington first, not veterans," he said. "This legislation preserves a broken system, adds layers of red tape, and puts the interest of bureaucrats ahead of veterans’ needs. The fact that the Veterans First Act enjoys the enthusiastic support of the VA’s biggest union should tell you everything you need to know about who will really benefit from this bill.

“The Veterans First Act has been flawed from the start,but given the new legislative landscape following last week’s historic election, it makes even less sense to try to shove through this watered-down bill in the lame duck Congress. That is why we are asking veterans, military family members, and concerned citizens to contact their elected officials and ask them to oppose the Veterans First Act. We hope Congress listens to the veterans community and instead considers meaningful VA reform bills already on the table, like the VA Accountability First and Appeals Modernization Act.”

A much better alternative, the group argues, is the VA Accountability First and Appeals Modernization Act of 2016. They are urging Congress to wait to enact any VA reform legislation until president-elect Donald Trump takes office.