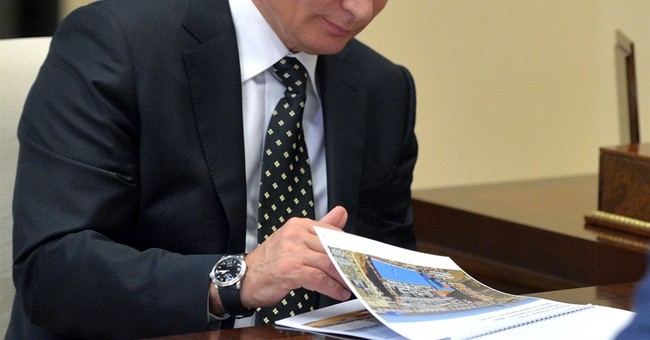 The two spoke about the threats facing both of their countries, particularly the threat of terrorism. On the 2016 campaign trail, Trump called Putin a strong leader on terrorism and indicated he was willing to work with him to defeat ISIS. He apparently emphasized this point on the phone call.

The two also discussed how to resolve the conflict in Syria and how improve trade relations. They agreed that at the moment, the relationship between the U.S. and Russia was "unsatisfactory."

The U.S. is "very much looking forward to having a strong and enduring relationship with Russia and the people of Russia," Trump told the Russian leader.