Proof Trump's Campaign Did Not End on Day One 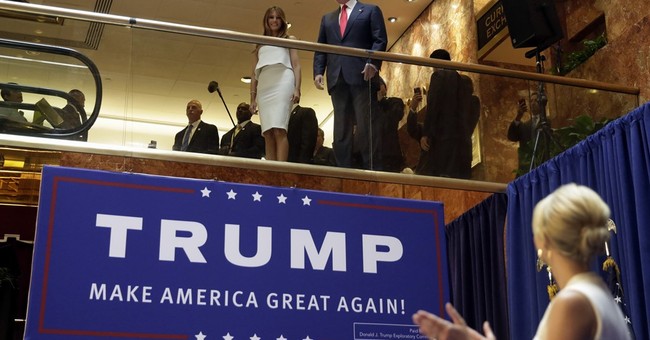 Media pundits wondered if Donald Trump's campaign for president ended the day he announced his candidacy, because on day one he gave his most controversial speech. Speaking from a podium at Trump Tower in New York City, he came out strongly against illegal immigration, calling some of those individuals who come here illegally "criminals" and "rapists." He received criticism from politicians and just about everyone in Hollywood, and got plenty of pushback from journalists. The immediate polling after he made those comments showed him tanking in favorable ratings among Hispanics, suggesting he could never dream of garnering the same numbers Mitt Romney gained in 2012.

Yet, now that Trump is the president-elect, we have exit polls suggesting that some Hispanic voters were not as offended as the media thought. Trump garnered two percent more of the Hispanic vote than Mitt Romney did in 2012, NBC News finds.

After taking the time (sometimes years) to patiently wait through the paperwork to legally enter the United States, why wouldn't law-abiding Hispanic immigrants be frustrated by those who don't follow the rules?