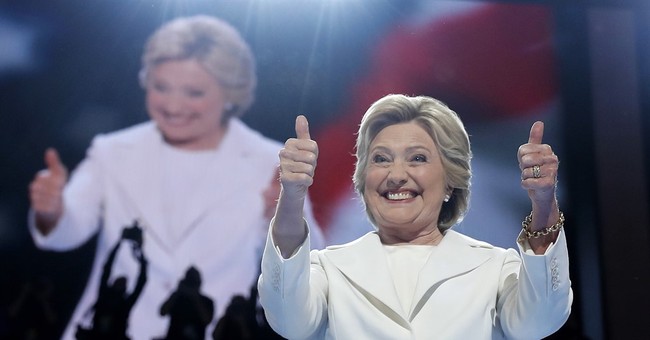 Chalk this into the long list of things Hillary Clinton does not want to hear. A Washington state elector is refusing to vote for the Democratic nominee if she wins the state (which she is most likely to do.)

Why? His grievances are two-fold. Satiacum, who is Native American, supported Bernie Sanders in the Democratic primary because he says the Vermont senator has done a better job reaching out to his demographic. Oh, and she's a criminal.

Robert Satiacum, a member of the Puyallup Tribe, supported Bernie Sanders in the Democratic primary, which the Vermont senator won by approximately a 3-to-1 margin. He said he believes Clinton is a "criminal" who doesn't care enough about American Indians and "she's done nothing but flip back and forth.

According to Washington state rules, a state elector can expect a $1,000 fine if he or she does not cast a vote for the winner on Election Day. The Puyallup Tribal Council also told Satiacum he risks "dishonoring" himself by not voting for Clinton if she is the state victor.

With these consequences in mind, is he going to budge?

"She will not get my vote, period."