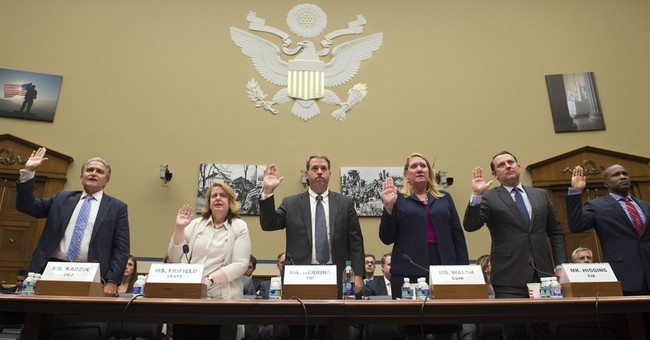 The Department of Justice is working quickly and efficiently with the FBI to investigate the recently discovered Hillary Clinton and Huma Abedin emails, they informed Congress via a carefully worded letter on Monday. As we pore through thousands of WikiLeaks emails, however, we discover that the DOJ official who sent Congress that letter has connections to Clinton campaign chair John Podesta.

In an email to Cassandra Butts, of President Obama's transition team, in September 2008, Podesta had nothing but praise for Kadzik, noting how he once got him out of trouble.

Other hacked emails show that Kadzik once sought a job in the Clinton campaign for his son and dined with Podesta during the initial FBI investigation into Clinton's emails.

Certainly, this raises suspicions as to whether Kadzik can fairly participate in the follow-up investigation.

Yet, even Republicans like Rep. Trey Gowdy (R-SC) is convinced that Kadzik is not in this for political reasons. He said as much on "Fox & Friends" Tuesday morning.

"Peter Kadzik is not a decision maker, he is a messenger."