Sarah Palin Will Also Be Trump's Guest of Honor Tonight 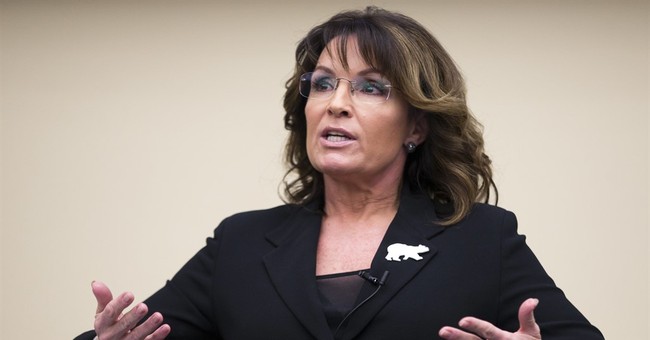 Rumors swirled when the Donald Trump campaign hinted there would be two more surprise guests at Wednesday night's final presidential debate between the GOP nominee and Hillary Clinton. The first, we learned, is another Bill Clinton accuser, named Leslie Millwee.

We now know the other seat will be filled by former Gov. Sarah Palin.

Palin endorsed Trump with much fanfare back in January.

Will her presence, in addition to Millwee's, be enough to distract Clinton?

At their last meeting, Trump brought three of her husband's former alleged victims, as well as a woman who was raped at age 12 and whose attacker was represented by then-lawyer Hillary Clinton.

Must we remind you this is not your typical debate.