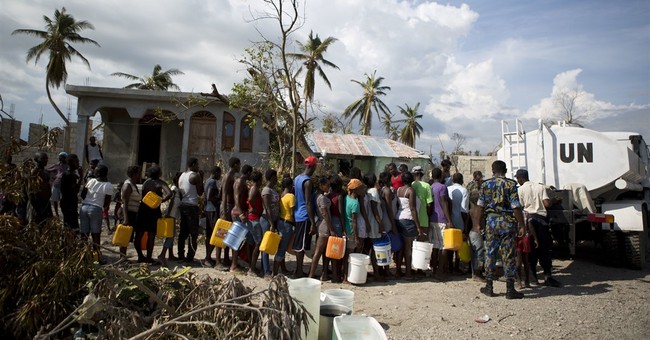 The Clinton Foundation was supposed to help Haiti rebuild after the devastating earthquake in 2011. Six years later, they don't have much to show for it, but they do have a new luxury hotel. As Haiti reels from yet another natural disaster in Hurricane Matthew, more reports indicate that funds raised by taxpayers benefitted Clinton Foundation donors more than Haitians who desperately need it. Jake Johnston, an analyst with the Center for Economic and Policy Research, criticized the apparent pay-for-play environment.

But the post-quake projects nurtured along with $10 billion in international relief and hefty support from the U.S. government and the Clinton Foundation have, at best, had mixed results, experts told ABC News. Several of those initiatives have benefited Clinton friends and foundation donors as much as Haitians, Johnston said.

Where did the money go? Emails show that "Friends of Bill" were given special attention from the State Department in terms of who would receive funding. One case in point: Clinton Foundation donor Claudio Osorio, a Miami businessman, was given a $10 million loan to construct homes in Haiti. Yet, his company defaulted on the loan and the project never got off the ground. In fact, USAID reports fewer than 1,500 homes have been built in the past six years.

“It brings up the pay-to-play, money laundering scheme they call the ‘Clinton Foundation.’ The Clintons cannot justify why they prey on hurt quake victims and poor Haitians to put money in their Foundation – a slush fund where 85 percent of the money collected goes to salaries, travel, luxury hotels, dinners and overhead, all tax free.”

The Clintons have had Haiti on their radar for years. Bill Clinton said it "has been one of the great joys" of his life to rebuild the nation. If that's true, that doesn't explain why a brand new Marriott was constructed while tens of thousands of Haitians are still living in temporary and unstable shelters.

“It speaks to putting the political priorities over the actual needs on the ground,” Johnston concluded.

Bill Clinton claims "nothing" was ever done to benefit foundation donors in their Haiti effort, yet this ABC news report suggests otherwise.