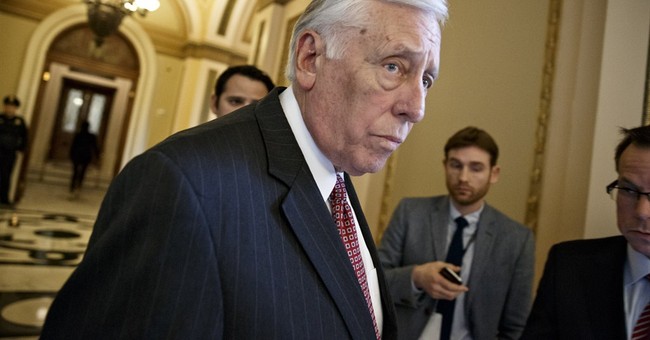 House Minority Whip Steny Hoyer (D-MD) is hopeful Democrats will pick up a handful of seats in November's House elections, but stopped short of predicting a complete takeover.

“It is not beyond the realm of possibility that we take back the House if there’s a wave election created," he told reporters on Thursday. "Right now, we don’t see that."

The last time Republicans had the opportunity to take the House, they didn't waste it.

The Democrats have a much better shot at retaking the Senate, but over the summer Guy analyzed how even that outcome may be in jeopardy.