Senate Overrides Obama's 9/11 Veto, Only One Senator Votes to Sustain It 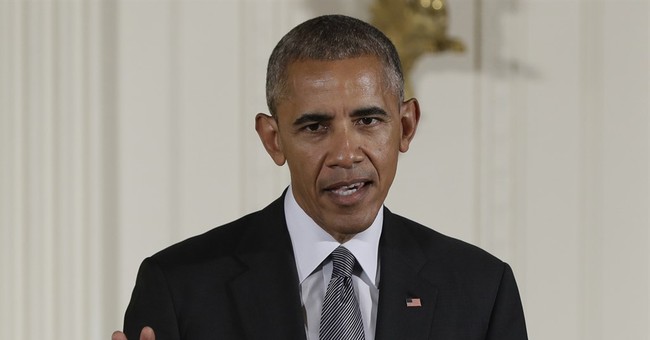 In a vote of 97-1 (the only rebel being Minority Leader Harry Reid), the Senate voted to override President Obama's veto of the Justice Against Sponsors of Terrorism Act (JASTA). The bipartisan bill allows the families of 9/11 victims to sue Saudi Arabia for its alleged support of terrorism. It is the first time Obama has faced a veto override in his presidency.

“I applaud my colleagues for joining together and with the American people to stand against President Obama’s attempt to deprive terror victims from receiving full recourse under the law,” Sen. Cruz said. “Our nation has a duty to ensure that American victims of terrorism, first and foremost the 9/11 families, are able to receive justice. Congress, by passing JASTA, will do just that and will continue to protect our brave men and women in uniform who defend our freedoms and way of life across the globe. I encourage my colleagues in the House to follow the Senate in overriding the president’s veto and enact JASTA into law.”

The House will vote next and Speaker Paul Ryan expects they too will have more than enough votes. Even House Minority Leader Nancy Pelosi noted that she would vote to override Obama's veto, arguing that September 11 families deserve their day in court.