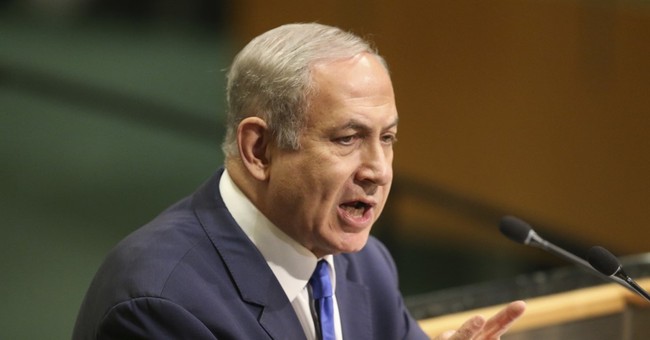 GOP nominee Donald Trump hosted Israeli Prime Minister Benjamin Netanyahu on Sunday in New York's Trump Tower to discuss a wide range of topics relating to national security. Netanyahu has been in New York for the past week for the United Nations General Assembly, meeting with President Obama for the final time as heads of state.

One of Netanyahu's most intriguing exchanges with Trump, according to the Republican's Facebook page, was their discussion about Israel's security fence along the West Bank.

Trump's campaign was quick to note their discussion about the Israel barrier, considering how it seems to parallel his own plan to build a wall along the U.S.-Mexico border to prevent illegal immigration. In fact, the Israeli company that constructed the wall along the Gaza Strip is apparently eager to build Trump's wall.

When I visited Israel in March with the Israel Collective, we received a tour of the 9-meter high security wall with the architect who built it, Danny Tirza, a former colonel in the Israel Defense Force's Central Command. He explained why the structure has been so effective in minimizing acts of terror in the region.

Will Trump be touting his meeting with Netanyahu and use Israel as an example to prove his border plan is not as farfetched as some may think?

Trump offered more details last month as to what the U.S.-Mexico wall would entail.