Cuomo: Actually, the Bomber May Have Had Foreign Connections 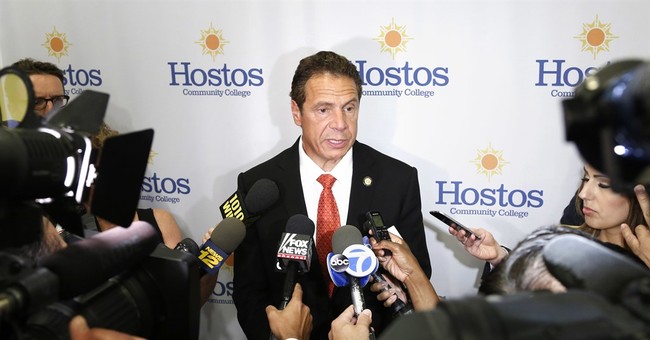 A manhunt is currently underway for 28-year-old Ahmad Khan Rahami after multiple bombings in New York and New Jersey. The attacks have injured dozens of people and put the city on high alert.

On Sunday, New York Gov. Andrew Cuomo insisted the suspect had no foreign connections. On Monday he has quickly changed his story.

BREAKING: New York governor now says it looks like Manhattan bombing could be act of terrorism with foreign connection.

In just 48 hours, three bombing attacks have occurred in New York City and New Jersey, as well as a stabbing spree in a mall in St. Cloud, Minnesota.