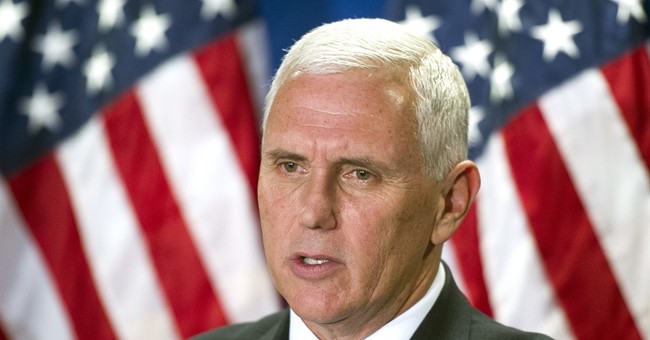 Donald Trump pleasantly surprised us by holding his tongue after his opponent's health scare over the weekend. Instead of tweeting about how unfit Hillary Clinton was (literally) to be president, he simply sent her well wishes for a speedy recovery. Certainly, it was a change in tone for the outspoken nominee.

His running mate Mike Pence continued to show compassion for Clinton, telling "Fox and Friends" on Thursday morning that he is pleased to see her back on the campaign trail and revealed that he and Trump prayed for her recovery.

.@mike_pence on #HillaryClinton being back on the campaign trail today: "We prayed for her recovery." pic.twitter.com/B3NmSU1UGb

Pence also weighed in on his own candidate's health, noting that Trump may be older than him, but he's "constantly on the move and hard to keep up with."Now, for that "kind of" part of my headline. At a rally in Ohio Thursday night, Trump again told supporters they want her to get better, yet in the same speech also questioned whether she has the stamina to stand up on stage for an hour like he does on a routine basis."I don't think so," he said.
Bipartisan Letter from Congress Demands Answers from Fauci on Why Taxpayers Funded Experiments on Puppies
Rebecca Downs
McAuliffe Can't Draw Crowd in Blue Arlington, and Other Cringe Details in the Final Days of Virginia Race
Rebecca Downs
More Polls Confirm the Virginia Gubernatorial Race Really is This Close