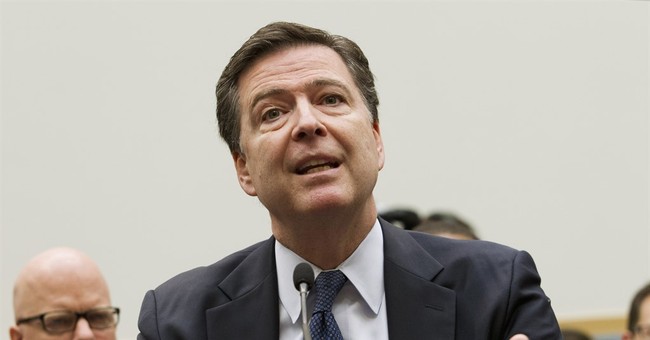 Although FBI Director James Comey has no interest in pursuing criminal charges against Hillary Clinton, he is ready to take on the evil of social media. Comey ranted against Twitter at the Center for Strategic and International Studies on Wednesday, calling it a "monster of a bias" that is to blame for some of the false chatter about Clinton's emails.

“I’m not going to talk about the email investigation but I see some of the things people say about this thing, I’m like, ‘really?’ But it becomes truth to so many people. And I don’t know how to unring that bell,” he said. “So I do think it’s become enormously challenging for people in institutions that depend upon the trust of the citizens to recapture trust where it’s been lost, explain ourselves in a way that allows them to resist demagoguery or the Twitterverse.”

The FBI director is right in that not everything you read on Twitter is factual. Yet, he can't use that to hide the fact  he let Clinton off the hook. He laid out a litany of offenses Clinton committed by using a private unsecure email server while secretary of state, yet let her escape accountability.

Twitter users may stretch the truth sometimes, but they didn't threaten our national security.