More From Powell Emails: Benghazi Is a 'Stupid Witchhunt' 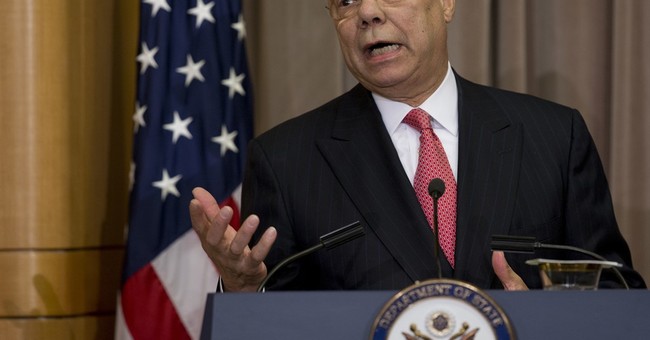 We've covered a few different angles from the DCleaks.com hack into former Secretary of State Colin Powell's emails. Both Katie and Justin reported on Powell's not-so-flattering opinion of Hillary Clinton, criticizing her "hubris" and questioning her health.

Another tidbit is worth noting. Within the leaked emails is this exchange with former Secretary of State Condoleezza Rice revealing that Powell is no fan of the investigation into the Benghazi terror attack.

“Benghazi is a stupid witch hunt. Basic fault falls on a courageous ambassador who thoughts Libyans now love me and I am ok in this very vulnerable place,” Powell wrote in a December 2015 email exchange with former Secretary of State Condoleezza Rice about US Ambassador J. Christopher Stevens, who died in the 2012 incident.

Yet, Powell doesn't' let Clinton completely off the hook here, either, noting blame also needs to be placed on leaders in the State Department, including "HRC."