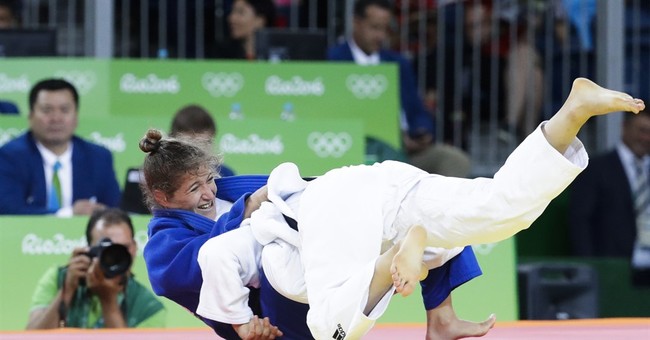 Olympic Saudi Arabian judo fighter Joud Fahmy has withdrawn from her first round match in Rio, foreseeing a clash with an Israeli opponent in the next round, according to the Times of Israel.

Hebrew media surmises Fahmy’s move was an effort to avoid fighting an Israeli in the midst of political turmoil back home. Yet, the Saudi Olympic team said her decision to exit the competition was due to injuries she sustained in training, so they tweeted.

The Israeli Olympic team also had an incident with the Lebanese athletes during the opening ceremony on Friday. When both teams were told to share a bus, the Lebanese players refused, resulting in Israel riding in a separate bus to the festivities.

The Olympics are supposed to be a unifying and joyous event – two weeks to put politics on hold as we honor the world’s most inspiring athletes. Regardless of the explanation for why Fahmy withdrew her name from competition, the optics are unfortunate.

For a perfect example to capture what the Olympics are all about, check out these snapshots of South Korean gymnasts taking selfies with their North Korean opponents.