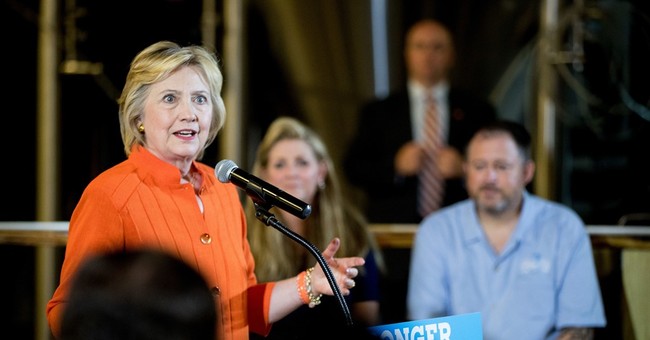 Democratic presidential nominee Hillary Clinton is ready to debate Donald Trump this fall, according to her campaign. The Commission on Presidential Debates announced three debates ranging from the end of September to October and Clinton's campaign chairman John Podesta said she has accepted the invitations.

"With so much at stake in the fall elections, she believes these debates will provide the American people with an important opportunity to hear from the candidates on issues critical to the country's future," he added.

Podesta then urged Trump to end his "shenanigans" and agree to join Clinton on the debate stage.

The Clinton campaign's dare for Trump is pretty laughable. It's true that Trump skipped a Fox News debate in January following a feud with Megyn Kelly, but that pales in comparison to Clinton's lack of transparency on the campaign trail. Until this past weekend, It had been more than 260 days since Clinton offered a public press conference.