Dempsey: Retired Generals Have No Business Speaking at Political Conventions 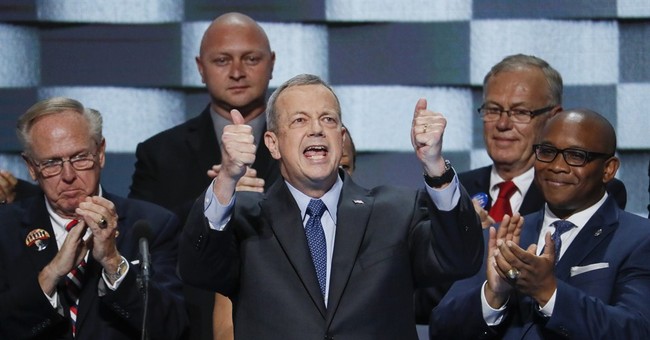 Both of their respective audiences were captivated by their remarks. As for retired Army Gen. Martin Dempsey, he was not impressed. In a letter to The Washington Post, Dempsey explained why he thinks it's unacceptable for his fellow retired generals to get involved in a presidential election.

“As generals, they have an obligation to uphold our apolitical traditions,” Dempsey wrote. “They have just made the task of their successors — who continue to serve in uniform and are accountable for our security — more complicated. It was a mistake for them to participate as they did. It was a mistake for our presidential candidates to ask them to do so.”

"The military is not a military prize," he added.

When ABC's George Stephanopoulos asked Allen to respond to Dempsey's critique, Allen said he felt like he had no choice, worrying what a Trump presidency would mean for national security.

As for Flynn, he had even been considered as a running mate for Trump and said he was "honored" to be considered for the role. In other words, he won't be keeping mum about his political preferences anytime soon.