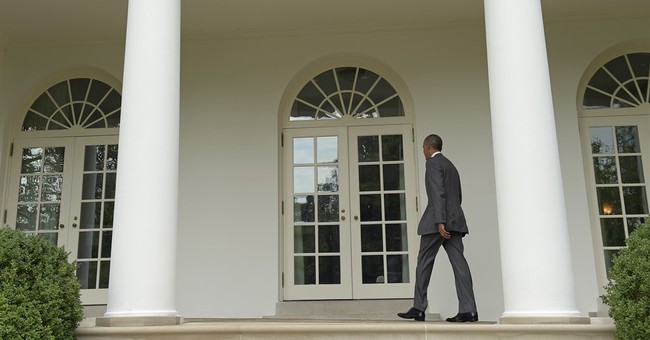 We've reached the 100-day countdown in the unpredictable 2016 presidential election. The two major tickets are set and as of the past two weeks, GOP nominee Donald Trump and Democratic nominee Hillary Clinton have officially accepted their parties' nominations.

Clinton told supporters Friday in Philadelphia how she and Bill first realized it was nearing crunch time.

"Bill and I started drinking our coffee, looked at each other and realized as of tomorrow, we have 100 days to make our case to America," she said. "What better place than right here in Philadelphia where it started 240 years ago."

As for Trump, he is taking his campaign to Ohio, Nevada and Pennsylvania next week, telling voters that the revolutionary movement they've created will mean nothing if he doesn't win the White House.

In nearly 60 days, Trump and Clinton will meet on stage for the first time at their first presidential debate.

Popcorn TV? You better believe it.

If you're following the other countdown clock, President Obama leaves the White House in 173 days.

VP Harris Chuckles While Comparing Phony Border Patrol Story to 'Times of Slavery'
Townhall
'Rashida is a bigot and a liar. Period.' Rashida Tlaib gets fact-DROPPED over and over and over again for insisting Israel is an apartheid state (period)
Twitchy
Tucker Carlson Goes There on Released January 6th Surveillance Video
Redstate
Ignore the MSM: Here’s What the 2020 Maricopa County Election Audit Actually Says
PJ Media